The Swiss Federal President Simonetta Sommaruga opens the World Economic Forum 2020 in Davos with excerpts from the film “More than Honey”.

The key question is: Are we humans part of nature or do we have to dominate it?

To feed ourselves – often only out of greed – we loot nature with an increasingly threatening machinery.

Our success is destroying our own livelihood.

The solution would be: symbiosis, “The living together of living things of biological organisms for mutual benefit.” (Wikipedia)

Only the stupidest parasite kills its host.

Eldorado was screened at the Berlin & Beyond Film Festival in San Francisco on 17th of October.

Eldorado got the Human Rights Award of  WACC-SIGNIS Europe in Palermo on the 10th of October.

You can watch the whole award ceremony here:

Eldorado was screened at 1905 International Human Rights Festival in HongKong on August 22, 2019.

Premiere of Eldorado in Italy

Eldorado premieres in Italy on april 14th. Eldorado will be shown in following cities with discussion afterwards:

The trailer with Italian subtitles: http://bit.ly/EldoradoIlTrailer

21.3.19 at 8pm: Pre-premiere France of Eldorado in Paris followed by a discussion

in the Swiss cultural center

Presentation of the Swiss Film Prize

in the Bâtiment des Forces Motrices in Geneva.

One of the five nominated films wins … Eldorado is nominated for Best Doc, Cinematography and Music.

23.3.19, 5pm Screening of More than Honey followed by a discussion

in the Swiss cultural center

27.3.19 at 19.00 Screening of Eldorado followed by a panel discussion with Captain Reisch of the rescue ship Lifeline and Bettina Jarasch from the Green party Berlin.

in the KuBIZ Raoul Wallenberg

Eldorado was honored at the Prinzregententheater Munich on 25.01.2019  with the Bavarian Film Award for Best Documentary Feature. The prize was handed over by the captain of the lifeboat Lifeline, who is accused in Malta for rescuing human life. I would like to thank the team, jury and protagonists.

Jan 27, 4pm, cinema in the Uferbau: screening “The boat is full” with subsequent discussion.

Jan 28, 12.30am, Reithalle: screening “Eldorado” followed by a discussion.

Jan 28, 4pm, cinema in the Uferbau: reading from the script of “The boat is full.

Jan 29., 10.00am, Café Bar Barock: “From Filming Course to Film University Zurich” on the podium with Sabine Boss.

On top of that “The Boat is full” has been selected by the Solothurner Filmtage for the Video on Demand series “Swiss Film Classics”. It will start in June on iTunes, Teleclub on Demand, UPC, Sky and Cinephile. The online edition FILMO will be presented in Solothurn on Jan 25, 3pm at Uferbau Kino.

Eldorado screens in the category “Films in Journey”:

Markus Imhoof will be present at both screenings for a Q & A afterwards.

Eldorado will be screened in cooperation with Internationale Heiner-Müller Stiftung at Deutsches Theater Berlin on Thursday 04 October at 8pm. Afterwards Markus Imhoof will discuss with German actress and proponent of Oxfam, Heike Makatsch.

Eldorado in the category “Impact”

Eldorado is shown as the French preview at the Cinema Visions Festival – Festival du Cinéma en Langue allemand in Marseille.

on Thursday, 20 September at 9pm at I Cinéma Le César and is followed by a discussion.

Eldorado has his US premiere at the 45th Telluride Film Festival. 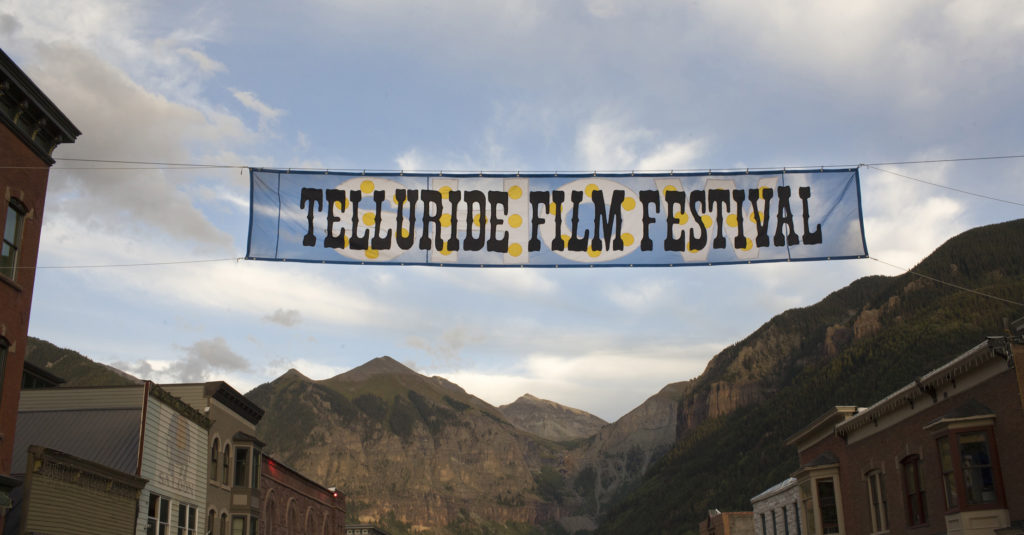 It will screen as the ‘Special Medallion’ film in celebration of Dieter Kosslick, the current Director of the Berlinale – Internationale Filmfestspiele Berlin. Screenings will be on Sunday, 02 September at 5 pm with Question and Answer with Markus Imhoof himself and on Monday at 9 am.

Markus Imhoof will be honored with a retrospective and the HUMAN RIGHTS PRIZE FOR THE AUTHOR at this year’s Film Festival Diritti Umani in Lugano, Switzerland.

The prize will be awarded in celebration of the 70th anniversary of the Human Rights Declaration. The 5th edition of the festival will take place from 09 until 14 October 2018.

Eldorado is Switzerland’s official submission to the category of Foreign Language Film at the Oscars® at the 91st Academy Awards 2019 in Hollywood, USA. 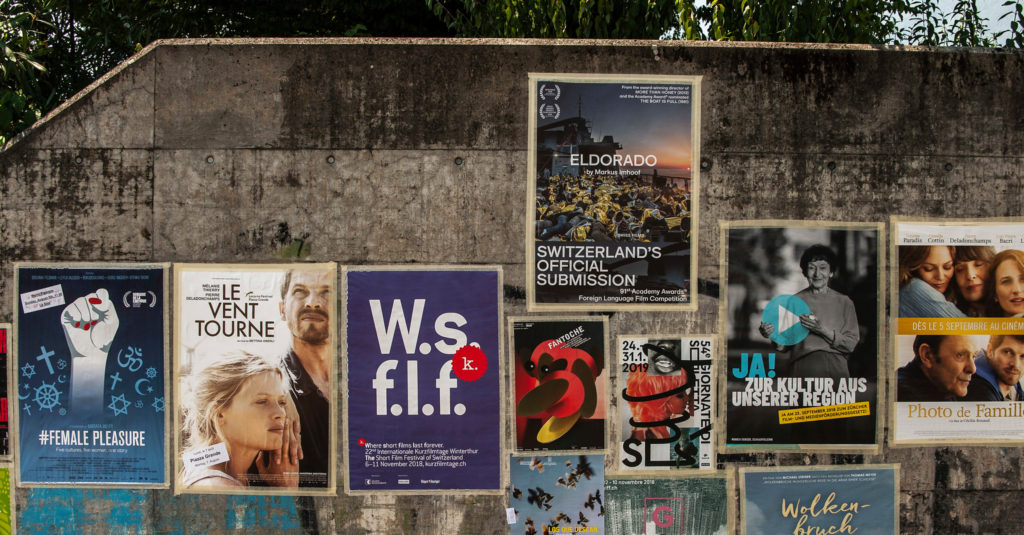 A jury of filmmakers and the Swiss Federal Office of Culture, advised by Swiss Films, selected Eldorado on 03 August 2018 to be in contention for an Oscar nomination. Markus Imhoof’s words of thanks can be read again on hist personal Facebook page.

Screenings, nominations and prices of Eldorado at national and international film festivals:

Eldorado at the Human Rights Festival in Zagreb, Croatia on December 07.

The editor of Eldorado, Beatrice Babin, will be available for a question & answer after the film at the the two main screenings on September 04 and 05, 2018.

Eldorado was shown at the The New Zealand International Film Festival in Wellington, New Zealand on July 30, August 6 and 12, 2018.

Eldorado was screened in the category Panorama Suisse at the 71. Locarno Festival in Switzerland on August 05, 2018.

Eldorado performed at the SWR Doku Festival, in Stuttgart, Germany, June 27-30, and was nominated for the Dokumentarfilmpreis 2018 (German Documentary Film Award 2018).

Eldorado was the opening film at the Festival of Migrant Film in Ljubljana, Slowenia on June 18, 2018. DocAviv – the international documentar

Eldorado was screened at DocAviv – the Tel Aviv International Documentary Film Festival in Tel Aviv, Israel on  May 17 to May 26, 2018.

Eldorado at the Millenium Docs Against Gravity Festival in Warsaw, Poland from May, 11 to 20, 2018 and received a special mention for a “moving and compassionate plea for empathy”.

Eldorado at the Hong Kong International Film Festival, China on March 19 to April 5, 2018.

Eldorado was the opening film at Kirchliches Filmfestival Recklinghausen, Germany on March 14 2018. 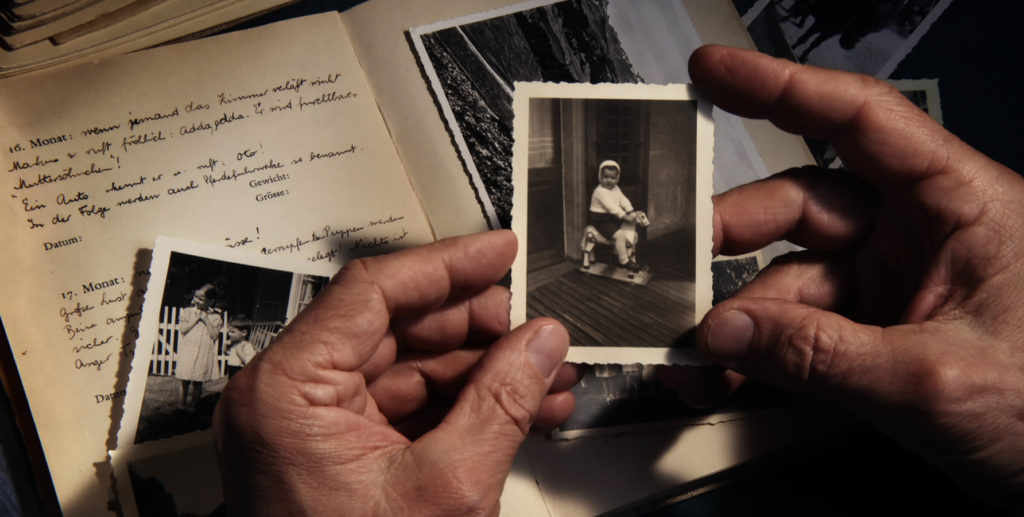 When Markus Imhoof, born in 1941, was a little boy in Switzerland, his parents took in a young Italian refugee named Giovanna. But global politics tore apart the children’s friendship. The director’s memories of those events have prompted him to address Europe’s current refugee policy. An Italian naval ship off the coast of Libya takes on board 1,800 boat people, none of whom would have a chance to come to Europe legally. From the ship they are taken to a refugee camp where they spend between eight and fifteen months on average. ‘We don’t promise them paradise, but it gets better every day,’says one aid worker. For those who choose to leave the camp, often the only option is to work illegally: women are forced into prostitution and men hire themselves out to work on tomato plantations. As one of those affected concludes: ‘This isn’t life, it’s not even survival.’ And what about the few who are accepted by Switzerland? Imhoof’s film questions the system of organised aid, which delivers refugees into a vicious circle largely determined by economic interests. A quiet film which becomes a powerful reminder. 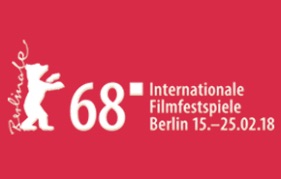